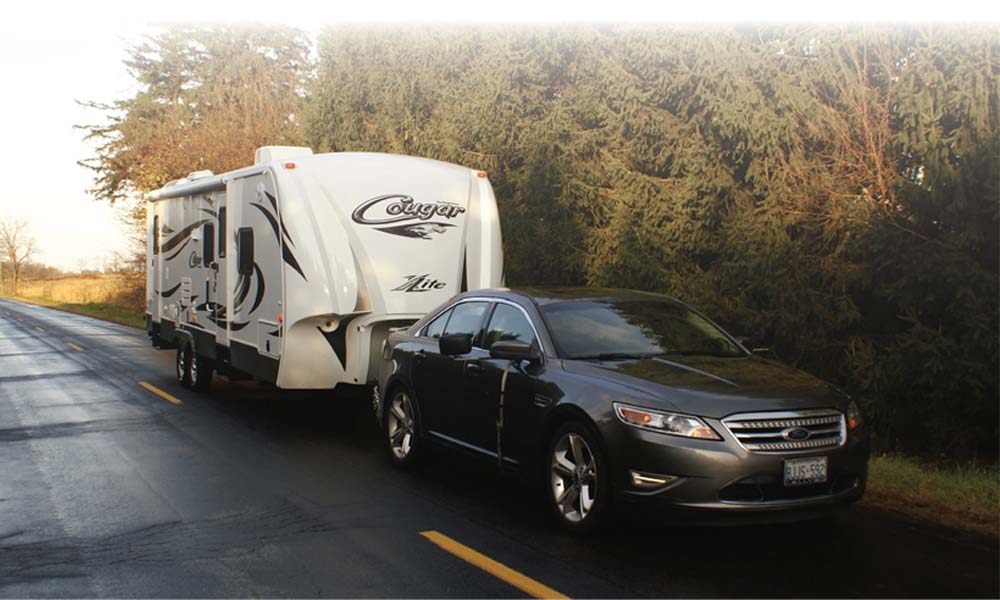 Over the last 40 years, we have used many different turbocharged engines for towing; our concern has always been overheating the exhaust valves. We generally set these cars up with boost gauges so you can see when you are using turbo boost for additional power. The theory was to use the boost for short durations such as accelerating onto the highway, getting started on a hill, passing etc. The rule of thumb is don’t use boost for continuous driving in a headwind or climbing a hill several kilometers long. We have never had a reliability issue using a turbo in this manner. One thing we did notice was that fuel economy under boost was horrendous. A few years ago, I noticed some small 2.0 litre or smaller turbo charged engines in cars in Europe that were being used for towing with no durability problems. Trailers in Europe are light, but many have as much air drag as ours do, which would mean that these engines were operating under constant boost without a problem and still delivering great fuel economy.

In the back of my mind, I thought it would be neat to try one of these Eurostyle engines and just see how well it could work in a North American RV situation. I guess Ford was thinking the same thing because they introduced their Eco Boost series of engines using the same type of technology. I have driven lots of F150’s with the 3.5 litre turbo engine and was amazed at how well they performed, and if you were judicious on the throttle the fuel economy was quite good. However it made me wonder how well the engine would perform if it was not saddled with a heavy boxy truck to push around. Basically, if you need less power to move the tow vehicle, you have more left over for towing, but the bigger benefit is the improved solo fuel economy.
This summer, I picked up a 2011 Taurus SHO with the 3.5 litre turbo engine. This engine generates 365 HP and 350 torque from 1500 RPM to redline. There is a performance package option for the SHO that features a 3.17:1 final drive ratio versus this car’s 2.77:1. The performance package model has a very aggressive suspension and since there is so much power anyway, the 2.77:1 ratio is plenty.

We took it on a trip towing a 34’ Airstream to south western Pennsylvania, across the mountains of West Virginia and then up to New York City, Boston and then home to the London, Ontario area across the hilly two lane roads of New York State. Since then, the Taurus SHO has done several trips picking up or delivering a variety of trailers, and to date, we have just over 7,000 towing kilometers on it.

I wanted to be able to keep tabs on the engine, so I installed a DashDAQ gauge unit. Unlike a conventional vacuum/boost gauge that connects to the intake manifold with a tube, this unit plugs into the data port under the dash of the car. It can supply you with about 100 different bits of information about the engine. I set this one up to display the exhaust temperature, spark advance and boost pressure. However if you look at the gauge, you won’t see that the boost gauge reads MAP or Manifold Absolute Pressure. On this gauge, 0 is a vacuum like you would find in space. Atmospheric pressure is 14.7 PSI at sea level so you can think of 14.7 as 0 on a conventional vacuum/boost gauge. One thing that is good about this is you are reading the same readings at higher elevations where atmospheric pressure is less than sea level. A couple of interesting items I noticed – no matter how hard you push this engine you cannot get the exhaust temperature over 1500 degrees, so the engine computer is making sure the exhaust valves cannot cook. It seems the sweet spot on the MAP gauge is between 13 & 20 PSI. Over 20 the ignition timing retards to well beyond top dead centre and the fuel economy drops off very quickly.

The transmission tuning in all Eco Boost vehicles is set up to let the engine lug down to very low RPM’s and this one is no exception when towing the 34’ Airstream it wants to shift into 6th gear and run along at 1500 RPM at 100 KPH, when towing less aerodynamic trailers it stays in 5th gear but upshifts to 6th on downgrades or when there are tail winds. On the trip with the Airstream I experimented quite a bit with this, and found that locking it into 5th gear gave slightly better fuel economy and was undoubtedly easier on the transmission. The same occurred on large hills where the boost would soar and be able to climb but it seemed rather tortuous on the drive train so I would manually downshift to the necessary gear to keep the MAP pressure under 20. Shifting is simple with the paddle shifters on the steering wheel. Some people may not like having to do this, but I like the control – it has all the advantages of a manual transmission without the clutch. In this car, the 6-speed transmission is the same as the one we have been using with the Buick Enclave, Ford Flex and Edge. The question is, will it stand up to the massive torque of the echo boost engine over the longer term? We will soon see, but so far it runs cool even on steep hills in hot weather. I know one thing for sure – there is lots of overbuild in this transmission for a naturally aspirated motor.

The DashDAQ gauge unit plugs into the data port under the dash, and provides read-outs on about 100 engine functions.
As I was about to write this column, I realized that I had not run a 0-100 KPH time. I had just returned from Indiana towing a 32’ 6400 pound Cougar Trailer.

This is a big tall trailer with a full size slide and though it has a fairly aerodynamic front cap it still has quite a lot air drag. So I thought let’s see what it does with that. I made my first run and I figured I must have made a mistake but 3 more runs confirmed the results- the SHO did 0-100 in 13 seconds with a trailer in tow. I have had pick-ups that could not do that solo. I remember reading a road test from 1969 where they used a Hemi Cuda to tow a 4800 pound 27’ Airstream and it did 0-60 in 14 seconds, I never thought I would see a combination that could do that again. This is indeed impressive as it is considerably quicker than even the 300C with the Hemi engine.

On our trip this summer there were three of us towing 34’ Airstreams – the other two were being towed with a Mercedes R Class 3.0 Litre Diesel and a new Suburban with a 5.3 Litre and 6-speed transmission. Our first day out we were running rather late, so we were travelling at 110 KPH and to add insult to injury there was a 18 KPH headwind, so hardly an economy challenge but definitely conditions that would not favor the Turbo Motor. We filled up all three vehicles just outside of Buffalo and refilled again in Pittsburg. The Mercedes was the winner at 13.4 MPG U.S. Gallon 17.5 L/100km, the Taurus was next at 11.6 MPG 20.3L/100 and the Suburban turned in 9.3 MPG or 25.3 L / 100. At a more sensible 100 KPH with no winds, the Taurus turned in 15.8 mpg or 14.9 L/100km. Solo driving at 110 KPH the Taurus runs 29 MPG or 8.1 L/100km. Not bad for a high-powered all-wheel drive full size car that weighs 4600 pounds.

My one concern about the Taurus was the rather long rear overhang – at 51” it is 46% of the wheelbase. What helps is almost perfect spring and shock tuning for towing. Solo this car is a lot of fun to drive, 0-60 takes less than 6 seconds and it has handling to match the performance. The ride is firm but because the body structure so solid and rattle free you don’t tend to notice it. Once you put the trailer on, the ride softens but it is still very controlled. The 20” tires on 8” wide rims have very little sidewall roll with massive amounts of grip and the huge brakes can be run aggressively without fading. Of course, it has independent suspension and all the other good pieces. The steering is also nice and precise. In balance, the overhang is longer than we like, but all the other ingredients of the handling recipe are so well done, that the outcome is excellent. Funny – it used to be that you expected a firm ride when you bought a truck, but today half-tons and SUV’s are quite softly sprung with soft tires, and it is the sport sedans that are really dialed in.

The SHO has a lot of other nice features, adding to the quiet inside the car are dual pane driver and passenger windows. The trunk is huge, which I like since what you carry there is secure and out of sight and you are not likely to hear it rattle. However, my favourite thing is the seats that not only heated and cooled but give you a massage as well. Overall, this car is a great value for the money, lots of fun to drive both towing and solo, and not bad looking either. If you are going to be in the area, you are always welcome to stop in and take it for a spin. 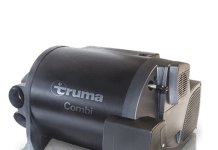 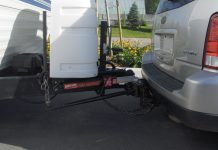 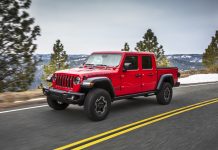 What you need to know to tow your RV

To Boost or Not to Boost