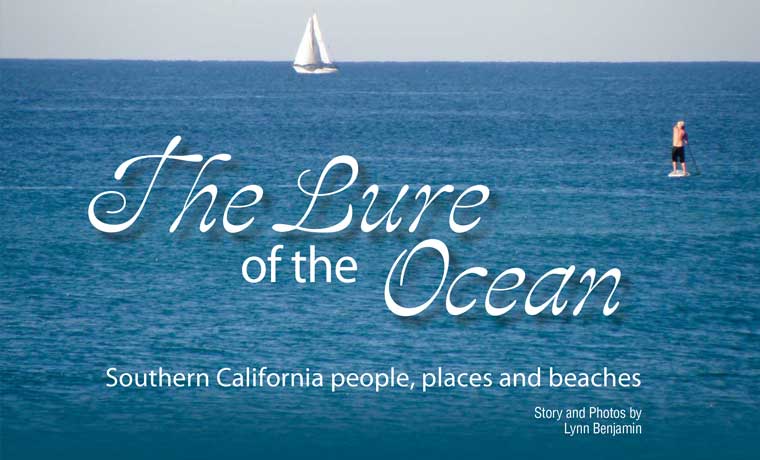 Story and Photos by Lynn Benjamin

Our visits to the ocean in Southern California have been terrific. Even though we previously avoided spend-ing time there, we have overcome our reluctance!

California had never been our favourite place to visit in the winter, it’s too busy and definitely too expensive. We were so pleasantly surprised.

We had a couple options to get there.

Interstate 10 goes from Quartzsite, Arizona through the resort areas of Indio, Desert Hot Springs, and Palm Springs to meet up with Interstate 15 and then over to Oceanside. Indio to Palm Springs looks like one very large community. The road is lined with gated commu-nities and an abundance of shopping malls. 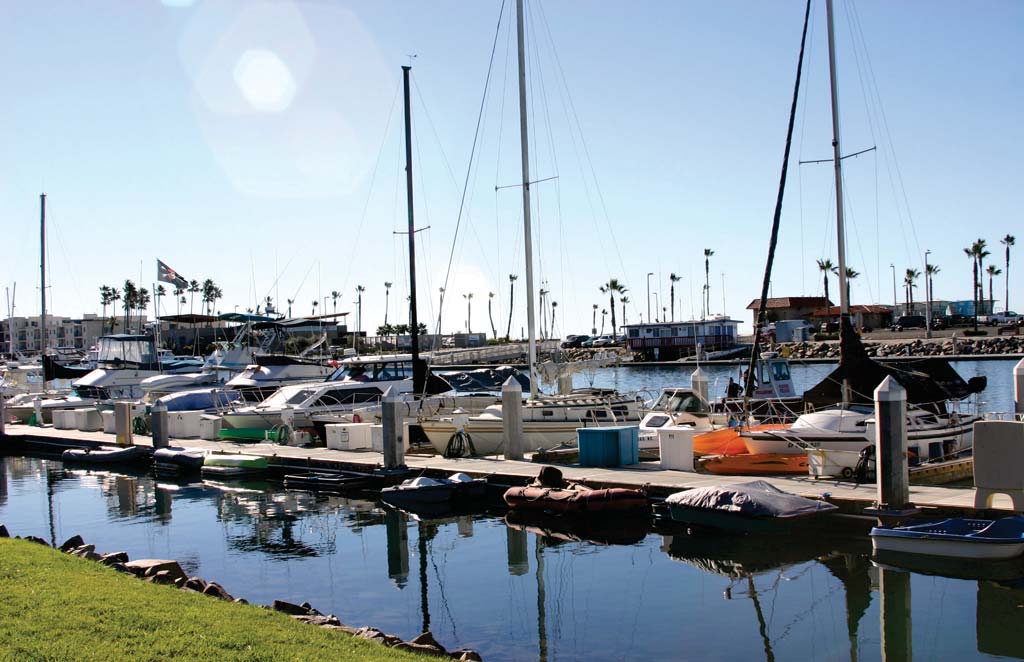 Most of the parks along this route are packed with annual snowbirds who have been coming down for years and generally stay all winter.

Some people enjoy living on their boats… some enjoy the RV lifestyle. Either way, the beautiful scenery and balmy weather of Southern California attracts visitors from across North America.

While Palm Springs developed as an old-time health spa in the early 1900’s, San Diego is steeped in history. It represents over a century of wars and settlements. The footprint of the indigenous peoples remains even though the area was overtaken by the Spanish, then became part of Mexico, and finally was established as California in the USA. 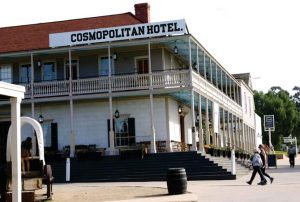 At the southwestern tip of California lies the coastal city of San Diego and a pocket of colourful history. It is a mere 200 miles from the infamous desert oasis of Palm Springs and just minutes from Tijuana, Mexico.  San Diego is a gold mine for history buffs. Within the city limits of San Diego, the ‘Old Town’ (now a California State Park) has captured and restored many of the colourful characteristics of the past.  Covering about 230 acres and mod-elled after the original pueblo of San Diego, the Park contains reconstructions of many public buildings such as Mason Street School, the first public school house in San Diego. The Old Town is also home to the first Courthouse in San Diego, the San Diego Union Newspaper and Print Shop, and the Colorado House.

Some other sights in the Old Town include Steeley Stables, a stable and barn that exhibits horse-drawn buggies, wagons, carriages and western memorabilia, and Black Hawk Smithy & Stable, a reconstructed blacksmith shop with daily demonstrations of blacksmithing.

Taking a stroll along the streets of the Old Town was like visiting the past. The adobe houses, the shops, the market places and the restaurants were all alive and bustling. As in the old days, the shops line the streets and offer home-made products.

In Old Town it’s not too hard to imagine yourself strolling down a street in the 1850’s, and free tours are offered regularly. Take advantage of the trolley rides, try to visit the shops and museums, and make sure to amble through the artists areas.  While you’re there, experience authentic Mexican foods, or just people watch – one of our favourite past-times. 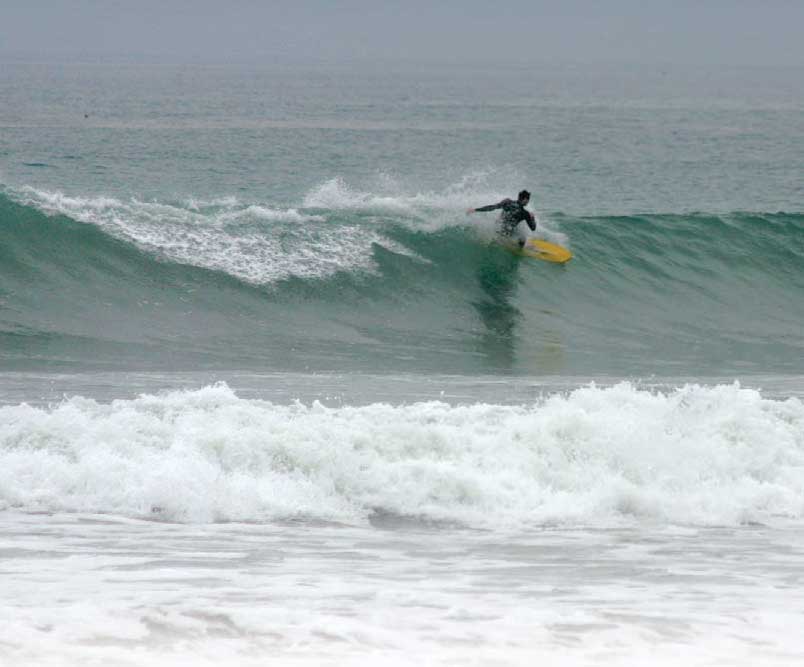 THE LURE OF THE OCEAN

The most prized surfing beaches lie in and around Encinitas, about 30 miles north of San Diego.

Cardiff-by-the-Sea was our favourite beach to just sit and watch. Ships pass back and forth on the horizon as they come and go to San Diego. The waves splash up against the rocks only to rush back out to the ocean, leaving the stones wet and waiting. Back again, stronger and higher waves envelope the spot they just left – always changing. All descriptions of people stroll along the shore. 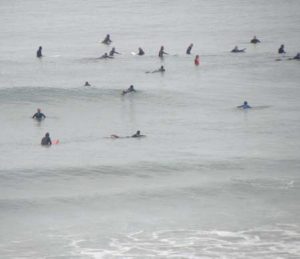 Swami’s State Beach is an internationally renowned surfing destination for all levels of boarders, especially long-board and shortboard surfers. The beach is named after Swami Paramahansa Yogananda, a swami from the Self-Realization Fellowship Ashram sitting on the cliff above the reef. Although we are not surfers our-selves, we’ve spent hours just watching them. The strength it must take to paddle out to their chosen spot, wait for just the right wave, battle to gain their footing and ride the wave until they either reached the shore or fell off the board. Almost compulsively, they would do it all again.

Many surfers will choose to end their rides before the wave reaches the beach because the distance from the beach to the main peak is several hundred yards from shore. 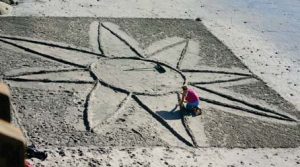 Leucadia is built on the cliffs above the ocean. Four levels of the staircase lead down to our first view of the surf, the birds, the people and the beach.

We carefully picked our way down the steep staircase admiring the incredible native flowers as the “keep-fitters” raced up and down at two steps at a time to keep up their heart rates. Just beyond the bottom of the stairs, a local artist was creating a massive sand sculpture. Over on the other side, a bunch was involved in a photo shoot that could only be done against that backdrop.

This beach did not seem to have as many surfers as others but it is right in town and used extensively by visitors and residents alike. 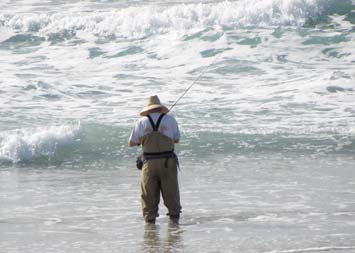 Many of the beaches charge for parking so every road is lined with vehicles no matter what the time of the day. The Carlsbad Beach extends along Highway 101 just north of Leucadia.

There didn’t seem to be much surfing but the whole area was crowded with people: playing beach volleyball, fishing, or just captivated by the ever-changing tides and waves.

In Oceanside, we stopped to talk with a woman polishing her husband’s motor-cycle, “He promised to take me out for a long ride if I polished it for him,” she said. She was standing in front of a parked small Class C motor home that she called her “clothes closet.” Their boat sat in the marina across the road and was smaller than the motor home.

Southern California has a culture of its own. Whether it is the fellow running up and down the staircase leading to the beach, or playing volleyball, fishing or just sitting mesmerized by the water and the waves, it is an experience like no other. 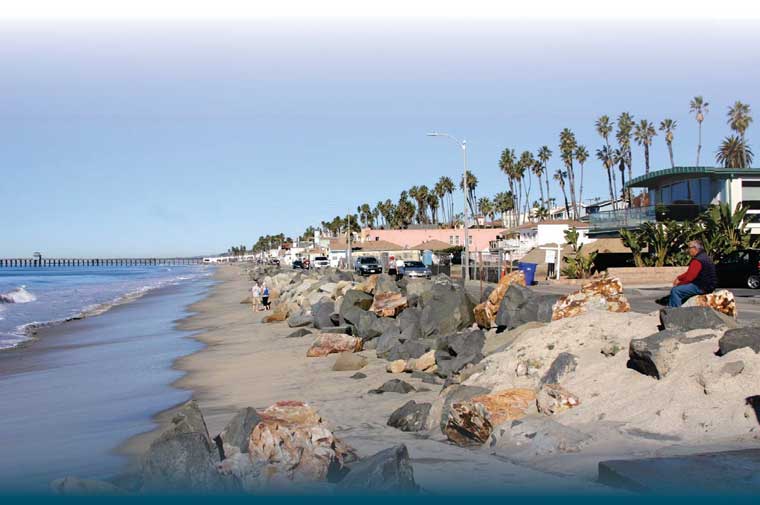 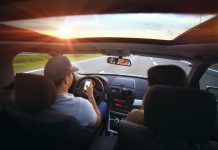 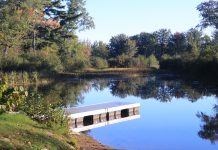 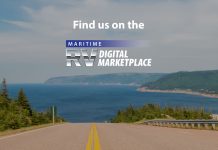 Treasures of the Ontario Parks System