Two major geological events paired to create one of the most spectacular fjords in Eastern Canada. On the northern shore of the St. Lawrence River in Eastern Quebec a collapse in the rock created a long sunken area called a graben. Then, during the earth’s last cooling period, ice and snow accumulated into huge glaciers up to three kilometres deep which filled the graben and slid along it carving away the rock, carving what would become a great valley. Around 10,000 years ago, the ice began to melt as earth entered a warming phase which continues to this day. The sea flowed into the valley as the ice retreated resulting in the beautiful Saguenay Fjord.

At first, humans moved into the region for farming, fur trapping and timber. As part of the Canadian Shield, its rock outcrops and poorly drained soils did not allow for great farms. Logging in the area decimated the forests, and the cool climate caused regrowth of the forest to be slow. Saw mills began to vanish and the fjord was left in peace to recover from the devastation.

The Quebec government saw the opportunity to purchase land along part of the fjord and eventually created the Saguenay Fjord Provincial Park. The park now preserves an area along the fjord preventing further destruction of the natural habitat. At the end of the park, and the end of the fjord, is the Saguenay-St. Lawrence Marine Park, a National Park protecting a portion of the St. Lawrence River.

If you approach the Saguenay Fjord following the north shore of the St Lawrence River on Quebec route 138 you will encounter lots of hills and spectacular scenic views. In places, you will have unrivalled views of the river from the higher elevations. In other places, you drive very close to the river’s edge. Past La Malbaie you enter the area of the marine park prior to turning north on Quebec route 170. This is also a hilly, curvy route, taking you away from the river and nearing the fjord.

Because of the length of the fjord and the difficult terrain, it will be necessary to drive if you wish to visit all the areas where you can get close to the fjord. One central location is near the village of Riviére Eternité and then to the campground in the Baie Eternité Sector. A visit to the Visitor Centre will show you the information on the park, its size, and where the facilities are located.

The park offers a variety of camping facilities, with services or without, and there are primitive campsites for you to stop at if you are taking a canoe or kayak trip along the water, or if you are hiking the long trails. You can also get fully equipped cottages that accommodate up to four people.

Water, and rugged terrain are the focus of this park. Fishermen can choose from five lakes that are open for brook trout. Boats are available for rent, just take your fishing gear and fishing licence.

Perhaps the best way to see the fjord is by water because the highways don’t come close to the water. One enjoyable way to see the fjord is to buy a ticket on a cruise boat. These boats get in very close to the shore to dwarf you with the sheer cliffs, and then head along the fjord letting you enjoy a relaxing ride while you watch the sea birds. On ledges near the water you should see lots of sea otters. Some streams tumble down from the cliffs making interesting leaps from waterfall to waterfall with segments of cascades in between. For a more personal touch with the water you can rent kayaks. There are also package deals for sailing. One cruise operator offers a three-course diner, a night on board and breakfast in the morning.

The waters of the fjord and the adjacent marine area are famous for their sea life. It’s thought that the way that the water is layered is partially the reason. You will have noticed that the fjord is connected directly to the St. Lawrence River estuary which is salt water. Yet, as you swim in the water, or taste the water – you will be surprised to find it is fresh water. The fjord is fed by the run-off from 78,000 km2 of countryside. The huge flow of less dense water flows mostly in from Lake St. John and covers the surface. Below it, making up over 90% of the water, is salt water from the estuary. The upper layer may be swimmable for some, ranging 15-20oC. Down at the bottom it is barely above freezing temperature.

Visitors often enjoy the hiking the trails. You can get more information at the Visitor Centre. There are short trails good for a little jaunt, or a day trip that takes you along the top of the cliffs. They range from easy to difficult, depending upon whether you have to hike along hilly routes. There are also trails ranging from two days to nine days, and most of these are classed as difficult. You can make arrangements for a vehicle ride, or a water ride to the beginning of some of the trails.

When you have completed your stay in the park, head northwest to Saguenay, or drive over to the Lac St. Jean region. Alternately, cross the Saguenay River and go down the other side of the fjord. The Lac Saint Jean region is quite different from the rocky, hilly roads near the fjord. The lake is large, and shallow with agricultural land surrounding parts of it. Lots of cottages and resorts have taken advantage of the level shores of the lake and the area has become largely recreational in nature. There is a wonderful bicycle and hiking route, the Blueberry Route, that circles the lake. Plan on two to four days to cycle the 256km trail. Carry some loose cash, because you pass through part of Point Taillon Provincial Park. Plan your trip to make use of Inns and B&B’s and carry food in case you get hungry before you find an eating place. Part of the trail runs through blueberry fields. We saw lots of them when we drove through that area.

What else can you do in the area? The Zoo Sauvage de St. Felicien has one of the best outdoor zoos I have seen. There are several species of animals in simulated natural conditions which you can get quite near on a special park vehicle. If you like flowers, Scullion Gardens, a short distance north of the lake, has a terrific outdoor display in a landscaped setting. The old town of Val Jalbert is about as close to a ghost town as you will ever see, and there is a good campground there. You can also hike up several steps to get to the top of a waterfall, and there is a great view down across the lake.

Roads on both sides of the fjord are scenically enjoyable, but the north easterly side of the fjord does not come close to the road so you are mostly in the forest. Follow the highway into Tadoussac, which is a beautiful little town on the hills overlooking the Saguenay St. Lawrence Marine Park.

Tadoussac is well worth a visit. Jacques Cartier sailed to the area and dropped anchor in 1535. By 1600 a fur trading post had been established, causing the town to proclaim itself as the oldest town in North America. Not only is it historically old, it is located at the side of a beautiful bay which you might see on a whale watching cruise. The town is a quiet place to stroll, although it tends to be hilly. Walk up to the Hotel Tadoussac, the most colourful building in town. Its red roof has helped put Tadoussac on the map, and the building has become a well-known beacon of Tadoussac. Nearby to the west are some magnificent sand dunes.

There is a convenient place to camp near town at the Domaine des Dunes. Here you can sign-on for a boat cruise out on the Marine Park. The waters are rich in aquatic food which attracts the fish, and larger creatures such as the blue whale, minke whale, and the beluga. You should be able to enjoy several sightings of whales surfacing and diving nearby the ship.

If you are returning easterly, you will probably want to take the ferry across the fjord to save some driving. The memories of this little tour around the Saguenay Fjord will stick with you for years. Hopefully you will enjoy it as much as I have, and you too will return someday to fill in the parts you missed on the first trip.

For More Information:
Map of the Marine Park and the Saguenay Fjord:
https://en.wikipedia.org/wiki/Saguenay%E2%80%93St._Lawrence_Marine_Park

Tadoussac and information on surrounding areas including trails:
http://www.tadoussac.com/en/culture-tourism/activities

Information on the Blueberry Trail:
https://www.hikebiketravel.com/27127/cycling-blueberry-route-lacsaintjean-quebec/ 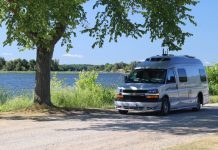 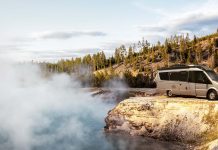 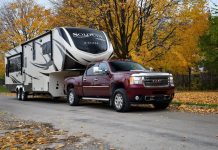