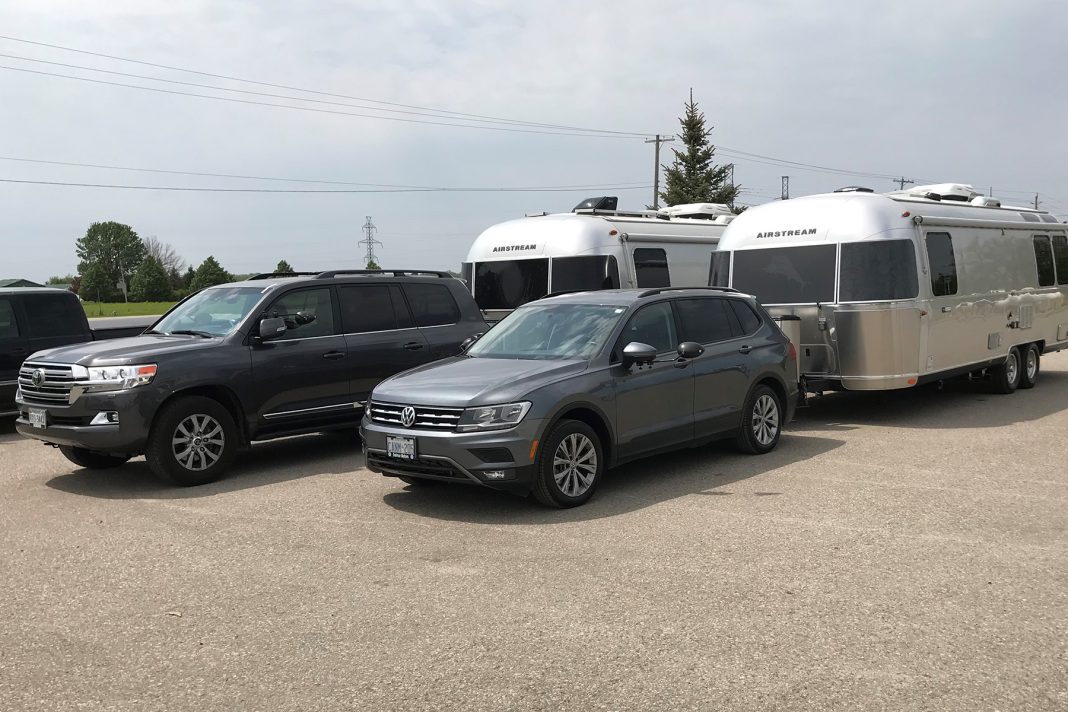 Over the last couple of years, we have been getting increasing numbers of inquiries about what you can tow with a 4-cylinder turbo, so we thought a vehicle with that technology would be a good long term test vehicle.

Last year we had three 2.0 turbos in our road test fleet when we towed five 16’ Airstreams in a convoy. They all performed well, but a 16’ Airstream is very easy to tow, and all three of the turbos were staff vehicles that were used for occasional towing – so it would be a while before we would get a handle on some long-term durability results. We also wanted to see how this engine configuration would do with trailers that are not as aerodynamic as the Airstream.

Though plenty of people are towing with 3.5 Eco boost Fords and towing with turbocharged 4-cylinder engines has been common in Europe for a couple of decades, it still somewhat concerns me. A V6 turbo is only running in boost mode for short periods. They can overcome air drag with very little boost needed – but a 4-cylinder 2.0L is going to be running fairly deep into boost all the time,  so durability and fuel economy may be more of a challenge.

Our company vehicles do a lot of towing in a short time and we often tow with combinations larger units than we would recommend to our customers, so our experiences provide a pretty good test of durability.

Since we were getting ready to trade in the Jetta Diesel at our local VW dealership, and they had some very attractive offers if we replaced it with another VW, we wound up with the Volkswagon Tiguan.

The Tiguan had a substantial redesign in 2018. Although the vehicle is not much larger overall than the previous model, the chassis dimensions have grown substantially. The wheelbase is now 110” up from 102.5” and the overhang is only slightly longer at 39”. The back seat is area is much larger and with it folded down you can carry quite a bit of cargo. The 2019 2.0 Litre Turbo has been reengineered from the one we tested last year. It now has more low-end torque, but less horsepower, so you could say that it is somewhat tailor made for towing duties. Just as important, it is now mated to an 8-speed Aisin transmission with a torque converter – the Jetta had a DSG (automatic clutch) transmission.

The Tiguan’s engine output is comparable to the first V6 tow vehicles we used. It produces 187 Horsepower and 221 Torque. The wonderful 3.8 Litre V6 we used in the first front drive was GM’s 170 HP and 225 Torque, and later the first Intrepids had 214 HP with 225 Torque. Those vehicles had to make do with only 4 gears but they were not saddled with all-wheel drive or SUV aerodynamics.

We now have 15,000 kilometers on the Tiguan, much of that so far is towing Airstreams. It delivered a 23’ trailer to Halifax. One dilemma I had this summer is that I wanted to put some miles on the Tiguan myself, but I had promised my wife that we could use a 27’ Airstream Tommy Bahama for our demonstrator. I kind of felt that the 27’ trailer would be pushing it a little with the Tiguan, but hey – it’s me driving, it so I gave it a try. I would not recommend the combination to a customer at this time, but it certainly performed well.

Fuel efficiency was one of my main concerns with the turbo 4, but all in all it has been better than I expected. Towing the 27’ Airstream at 65 mph it averages around 15 mpg US, which is 15.7 L/100 km. Certainly not shabby, however fuel economy fluctuates much more than it would with a larger naturally aspirated engine. With a slight 12 kph tail wind it was running 16.6 L/100 km at 70 mph, but the equivalent head wind reduced it to 13.1 L/100 km.

Towing a Vista Cruiser, which is quite aerodynamic for a flat wall trailer, it would do 12.5 L/100 km at 62 mph. So if you are towing with a small displacement turbo keep an eye on your fuel economy readout as you could surprise yourself with the amount of fuel used in adverse conditions. Driving without a trailer in tow on the highway at 70 mph the Tiguan averages 9.0 L/100 km.

To get the Tiguan ready for towing we designed a custom receiver, but class three bolt-on receivers are now available for it. These receivers would still need reinforcing for hitch weights over 500 pounds. We set up the Tiguan with a Tekonsha Prodigy brake control and wiring. Cooling capacity so far seems ample, but we have not had the opportunity to run it in the Rocky Mountains.

One change we made was to install a better tire size for towing. Being the base model, the stock tires were P215/65R x 17”. These were tires with pretty soft sidewalls, and yet they did not seem to ride that well. We changed them to Pirelli P Zero P215/55R x 17” tires which have a much tighter sidewall. The handling difference was dramatic in both solo and towing situations, this SUV became somewhat fun to drive. Normally, a tire like this will ride firmer, and it does, but the ride seemed to be better because the firmer tire has taken the top-heavy roll and pitch sensation out of the ride. It is amazing the improvement a set of tires can make.

Recently, I had an opportunity to check out an interesting contrast that prompted the picture in this article. We had some people visit us from the USA to have their hitch set up properly on their Toyota Land Cruiser, which was towing a 27’ Airstream. The Land Cruiser’s primary focus is off-road capability, which it has in spades. It is not the most stable highway vehicle and connecting a trailer does not improve it. Power is not an issue as it has the same 5.7 Litre V8 as the Tundra. Although the customer was pleased with the improvement that we were able to make to his combination, it still wasn’t going to win any handling contests. The day we were test driving the Land Cruiser was quite windy, so we took out the Tiguan which was connected to the same size Airstream for comparison. While you could perceive the crosswind with the Tiguan, it was not that noticeable, whereas the Land Cruiser kept you busy with steering corrections.

When it comes to power there is no contest – the Land Cruiser’s 380 Horsepower 5.7 Litre V8 will leave the Tiguan well behind in a straight line. However, when towing I only accelerate a few times a day, but I steer the combination every foot along the highway, so I will tend to choose safety and handling over power as long as the power is adequate.

If I was leaving tomorrow for the BC, I would easily select the Tiguan, even though the Land Cruiser would climb hills fast. I would likely spend the time saved in gas stations.

If you would like a full-size Toyota SUV as a tow vehicle, the Sequoia is a much better choice than the Land Cruiser. The drivetrain is the same, but the Sequoia has a 10 inch longer 122” wheelbase, P275/55R x 20” stock tires, and independent rear suspension, and even though it is a far more sophisticated vehicle it actually costs $20,000.00 less. Ironically, the tow rating for the Sequoia is 1,100 pounds less at 7,000 pounds, even though there is no contest as to which is the superior tow vehicle. It is interesting to note that the Tiguan in Europe with a 2.0 Diesel has a 5,500 pound tow rating despite the inferior brakes and hitches used there.

As usual, you will get a much better tow vehicle by examining the vehicle specs than you will by blindly following a tow rating. If you are going out to purchase a tow vehicle, I would still look at a 3.5 Litre V6 instead of a turbo 4. Real world fuel mileage is comparable, and the V6’s are all well proven. However, if you already own a turbo 4 there definitely are some good trailer options for you. 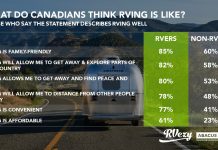 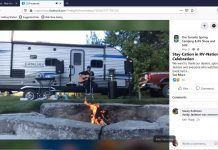 Sta-Cation in RV-Nation – A Celebration! Watch the video online today! 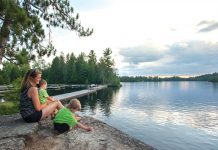